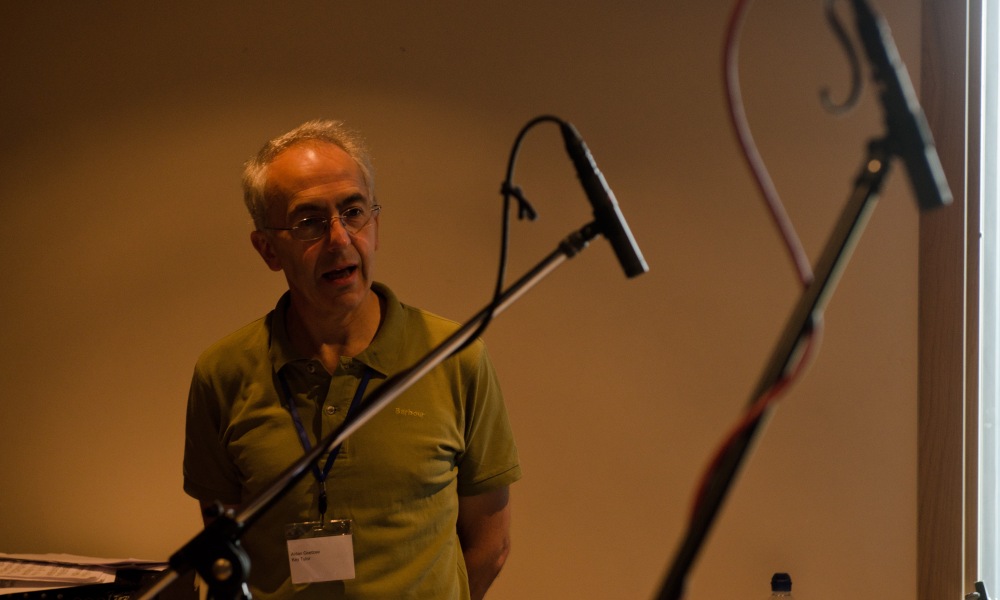 The day had come: it was time to hear my piece.

Everyone in my group arrived to breakfast the next day rather bleary-eyed and sleep-deprived. I could only assume that they, like me, had pulled a late night trying to finish their compositions in time. I was excited to hear the fruits of everybody’s labour, and also my own.

When I was called upon to have my piece recorded, I was excited and nervous. I was hoping against hope that my piece would sound like what I expected it to and what I had imagined. I nervously handed my scores to the players. No shocked faces – a good sign. It seems that everything I had written was at least playable.

The three musicians began rehearsing little bits and pieces, asking for my input on certain sections, making changes here and there, but more or less leaving it how it was. Then, suddenly, they indicated that they were ready for a run through. “Here we go,” I thought, “This is it.”

The first few bars did not sound like what I had imagined – they sounded a million times better. The players had managed to bring a new life into it which could not be written on paper, and I was delighted. Of course, they only made it a few bars before having to stop and start again (turns out it was actually quite difficult to play), but by take three they had made it all the way through, and I was delighted.

I could not believe that I had composed that piece in my head and that I hadn’t heard it all together until it was actually recorded. Feeling very proud of myself, I began making the alterations to the parts that had been suggested, and just like that, I had a completed score. I had done it.