Emma on the staff visit to SaM Summer 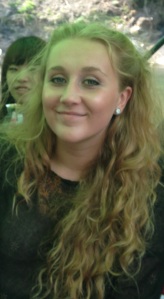 Members of the Sound and Music team visited the Summer School on Wednesday. Emma, the Communications Intern, reflects on a great day out…

“If you could walk into the hypothetical future of the ‘new music’ world, you might find yourself in the same place as I was last week. Now, I swear on Henry Flynt’s cooking pot that I’m not just saying this because I work at Sound and Music (no shameless self-advertising here, no Sir), but I now understand why the SaM Summer School was described to me as a ‘Hogwarts for Music’. Magic apparently does exist – or perhaps I’m just getting confused with the whiplash of being so profoundly impressed for a continuous 7 hours. I even experienced that rare-but-cherished emotional moment when your eyes start watering after hearing a piece of music that just really ‘feels right’.

The music tutors working on the project are obviously incredibly experienced musicians to whom music is a second – or possibly even first – language. The fact that they’re also some of the friendliest and dedicated people I’ve met makes me half suspect them as demigods and half re-evaluate my life. But the glory really goes to the students, here. After several fleeting moments of questioning why I’d spent my childhood playing Pokémon Yellow and not learning to read music, I realised it was because the talent and aptitude of the students attending was truly exceptional and far above the norm. Fluently sight-reading a whole sheet of music within 5 seconds at age 14 is normality at Purcell, and playing jazz piano to make even Art Tatum possibly throw an envious side-glance is surprisingly easily conceived. 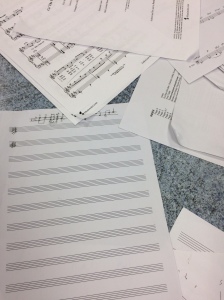 What really impressed my fellow Sound and Music visitors and I, however, was the poise and know-how of the students as they organised their compositions with the performers. They know how to listen, and take and implement feedback (introducing the Judith Weir fan-club) – but they also know what they want and aren’t about to compromise on being true to their music. And it shows – the quality is outstanding, and is composed with great humility, delicacy and committed hard-work.

It’s incredible for the Sound and Music team to see our office-work materialise into something that we all feel is extremely important and valuable. I think the general impression was that the project is not only incredibly diverse and celebrates a great myriad of contemporary styles, but also helps young music-makers develop into the confident and creative individuals that they are. By no means do I intend to lay-it-on-thick, but perhaps those teary-eyed moments were a combination of feeling moved by the music and consequently realising the pride of being involved with something I really believe in.

SaM Summer School is bigger than it is. It’s not just a one-of-a-kind week every year where some really cool kids hang out in a fancy school and become music geniuses; it’s the vanguard of the contemporary music scene. It’s the bubbling cauldron of an alternative art. It’s a campaign leading the future for new music. I know I’m excited.” Emma Sugarman

About Sound and Music

Sound and Music promotes fresh and challenging new music and sound through a range of live events, learning projects and digital content.

Latest Posts By Sound and Music